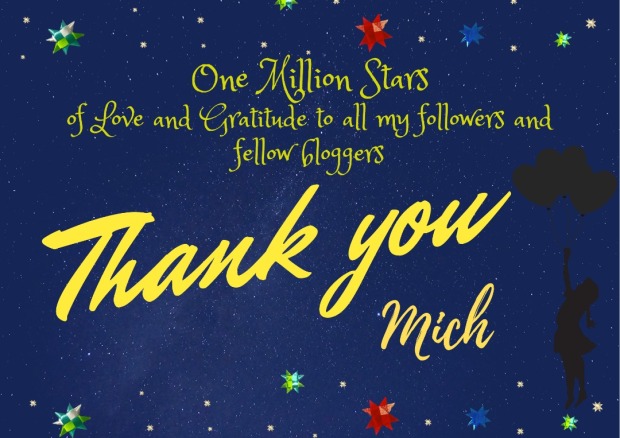 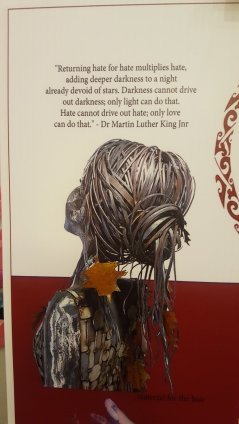 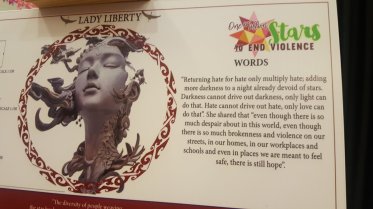 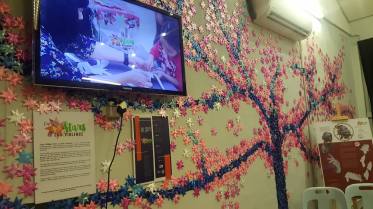 It is with great joy and gratitude that we have finally unveiled the gallery of stars for the “One Million Stars to End Violence” advocacy of Perak Women for Women’s Society. At the same time, it was the formal book launching of my book “After Rain Skies: A Million Stars”. 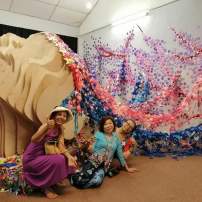 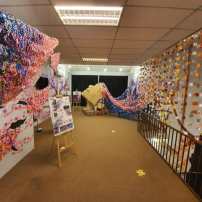 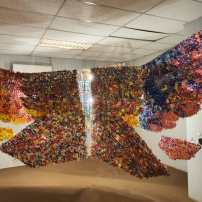 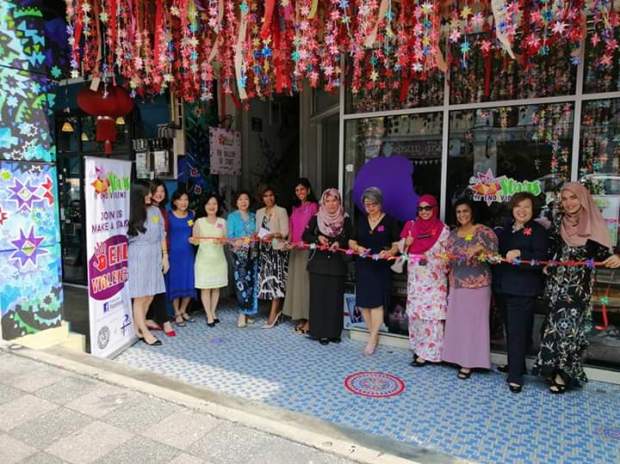 I am sharing with you all the short talk I gave during the event.

It was a random trip to Ipoh that started this incredible journey. I was taking a stroll down Old Town Ipoh, along Concubine Lane, when a small shop with stars hanging all over caught my eyes.

It was the Perak Women for Women Society’s shop. They were advertising their latest advocacy of “One Million Stars to End Violence,” to support women and survivors of domestic violence, and I was so inspired by it that I wrote a series of poems and reflections about it on my blog to encourage my followers and fellow bloggers to join me in helping the foundation hit their one-millionth star.

The response was overwhelming. I received comments and emails from survivors of domestic violence from all over the world, sharing their stories, expressing their support, and just reaching out to be one with this beautiful advocacy. Some people knew someone close to them that had survived domestic violence and wanted to help in any way they could to end the culture of cruelty and suffering.

I realized that with our words, our voice, our passion, it is possible to rally a community into taking notice, and then defending, helping, and understanding to a certain extent our sisters, our daughters and sons, our friends who do not know how to defend themselves, who do not know who to trust, whose voices are being silenced by fear and hurt and hopelessness.

So I got in touch with Ms. Yip, to tell her about the people who had been moved by the PWW’s advocacy and efforts. And we decided we could do more. We decided we should do more. Thus came about this book.

Let me read to you the following story/excerpt:

“Erin was a vibrant, happy, and joyful woman. To her many boyfriends, all of whom mistreated her verbally and physically, she was patient. To Sufi, she was a great human being and an even better friend.

To herself, Erin was unfair.

She grew up believing she only deserved the kind of love that did nothing but hurt her. And Sufi watched her pick partner after partner that mentally burned her out and repeatedly destroyed her heart.

Abuse is not at all clear cut. But Sufi remembered with perfect clarity when her best friend lost the sparkle in her eyes.

First, the silence. Even though marrying the love of your life should be a nervous, excited, rambunctious affair.

Then, the realization of her colleagues that Erin was living with a man who was comfortable with sending his wife to work with bruises and a black eye.

And the dark understanding of the weight of Erin having a son, and nowhere to go that felt safe enough to risk her husband following them and breaking them worse than he would if they stayed put.

Sufi suffered watching her, but all everyone that genuinely loved Erin could do was love her until she began loving herself enough to see that she too was deserving of better treatment.

It took years, and all their support, and the kind of bravery you only learn while trying to fight through a thunderstorm, but Erin gained the self-respect she needed to leave the one that was drowning her light.

Coming home should be the safest thing we ever do in this life. Where we lay our heads at night should be where monsters will not reach us. And yet, so many find themselves making homes with monsters instead.”

Erin is just one of the women whose stories you can find in this book: After-Rain Skies: A Million Stars. This is a compilation of inspiring true stories of domestic abuse survivors, their struggles to break free from the cycle of abuse, and the courage it takes to build a new life for themselves after finally getting out.

These stories were shared by the survivors themselves, others by their loved ones, in the hope that their testimonies could give the kind of help, and hope that they had needed during their time of need, to anyone who might be going through what they went through.
These stories were shared by survivors who wanted to make people pay attention to the members of their society that need assistance and protection most of all.

It is also a compilation of poetry that I’ve written based on those survivors’ experiences. As a woman, as a mother, as a fellow human being, it is with great pride and honor that I present this book to you all with the hope that it will help create awareness on abuse and violence so these evils will be stopped.

Abuse and violence of any form are unacceptable and should not be tolerated.

The works of PWWS has inspired me so much that I was compelled to take part by lending a voice to those unable to speak up for themselves.

This book, my actions, is just one hopeful light in our dark world of today. I hope it sparks a change in you and all those who read it. Let’s end abuse and violence together.